Can You Patent a Deke? 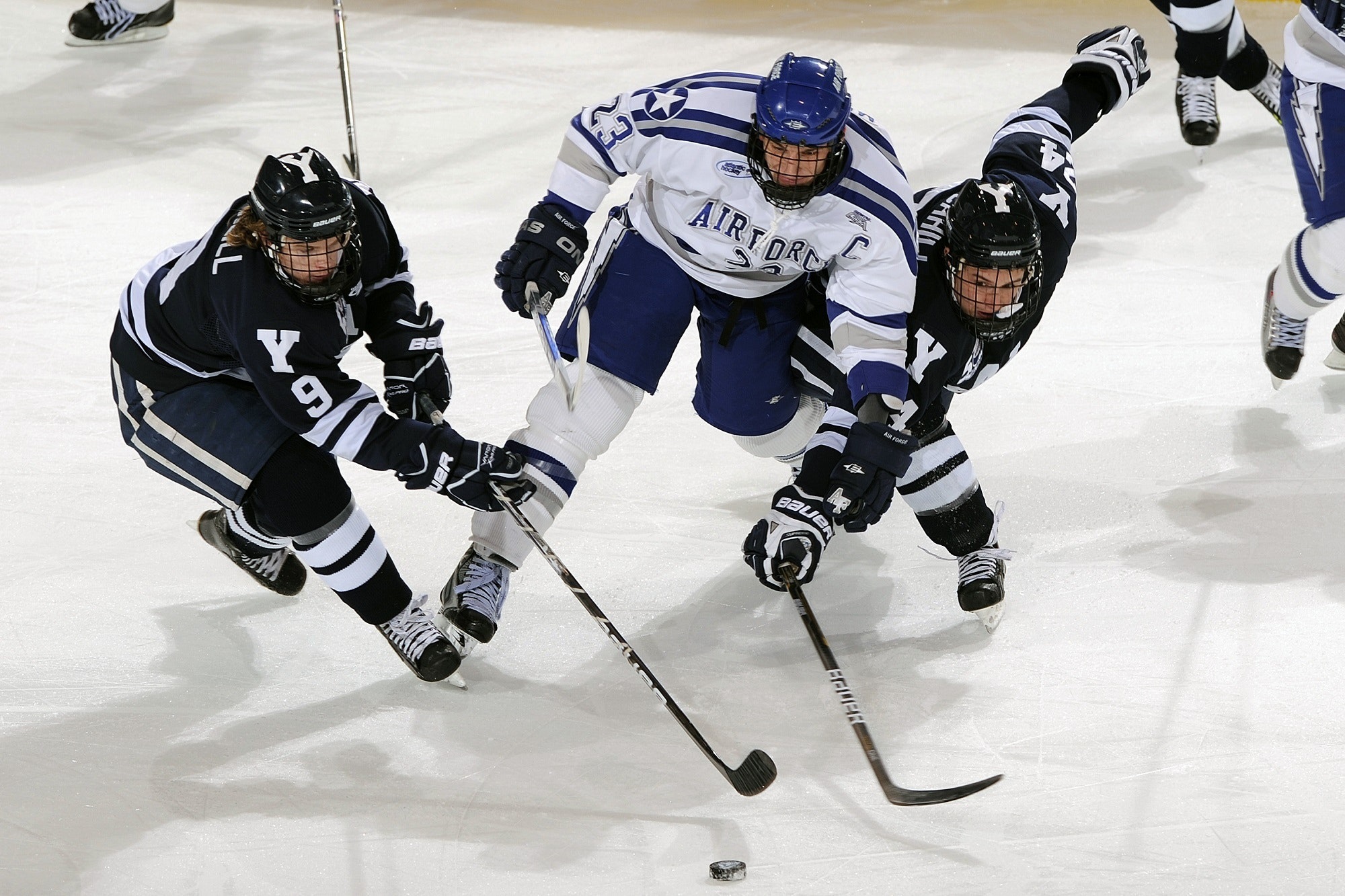 I came up with a great deke -- can I patent it?

A “deke” is a move in sports such as hockey or soccer that one player makes to get around another player.  As in: Jennifer Botterill deked the goalie to put the puck in the net. GOAL!

Even if your deke was brand new, I don’t think you could patent it by putting it in terms of a sports skill. But! You might have success framing it as a way to manipulate a moving mass. After all, that’s what patents covering aircraft wings, flaps, propellers, fairings and so forth are about. For a deke, you might consider focusing at the level of abstraction of handling manipulation of the weight distribution and momentum of one moving body as compared to the weight distribution and momentum of another to achieve some efficiency or end result (say, gaining an opening or scoring).

This isn’t a patent agent using trumped-up language to try to trick a patent examiner; to earn this patent you’d have to offer some decent description of the new and useful effect of the deke on these weight/distribution/goal factors and these factors in a competing opponent. And this would have to be more than just a head fake which does not touch on such issues. You can imagine, say in driver less vehicles, that there might be a technique for one vehicle to undertake some useful physical manipulation – given its momentum, direction, size, weight and degrees of freedom with respect to another object’s – to avoid a collision, or even simply to efficiently navigate to a destination. If this sort of thing would be patentable when implemented by processors in driverless cars, there should be no reason, in principle, why it could not be also patented as applicable to human activity.

Should you patent a deke?

I think the answer to this materializes from asking yourself what it would be like to have the patent, and to bear some kind of responsibility (if only to yourself) for enforcing it.  Would you really want to stop players from using it? How efficient would it be to extract a license from them?  It takes some work to enforce a patent. To be worth enforcement, each infringement should be worth something. How might you quantify the value of the deke? In number of goals scored using the deke, translating into higher player salary? What do you do about amateur players who use the deke?

While all answers about how the patent is to be used do not have to be answered up front, some of the clearly-predictible difficulties with enforcement/licensing/valuation should be thought-through. I learned from a book called “Hot Properties” (Pat Choate) about Eli Whitney and his attempt to enforce his“cotton gin” patent. Whitney had figured out an ingenious way of removing the little seeds from cotton using a cotton engine, so as to increase how much cotton could be processed per worker by a substantial amount.  It helped his business enormously, and competitors caught on and copied it because it was so simple and easy for anyone to make. Whitney spent the rest of hislife chasing them for patent infringement. I don’t think his life was terribly fulfilling playing whack-a-mole with his patent. I think it’s best if the patent you go for is one that can be wielded effectively against a small set of infringers, and that is one part of an overall mosaic of competitive advantage factors you have designed.

What should people be patenting that aren’t?

Things that have an impact on real-world deliverability or usability – the squeeze points that make a difference to consumers as opposed to the “big” ideas. For example, I feel as though sub-fields in cryptocurrency and artificial intelligence are being under-considered for proper patenting. I think the timelines of these areas of technology are appropriate to the patenting timeline, though I don’t think cryptocurrency per se, or artificial intelligence per se are areas of patent focus. Rather, consider the support structures for cryptocurrency ,security mechanisms, communication mechanisms all that enhance or preserve the value of the currencies by reducing the uncertainties that do not necessarily have to go along with such currencies. Or, for artificial intelligence, data processing techniques that can pre-process large amounts of data so that appropriate information can be efficiently drawn from it, or techniques to discern between the biases in the data that we don’t need and the biases in the data that we do need.

The information you obtain at this site is not, nor is it intended to be, legal advice. You should consult a lawyer for advice regarding your individual situation. We invite you to contact us and welcome your calls, letters and electronic mail. Contacting us does not create a lawyer-client relationship. Please do not send any confidential information to us until such time as a lawyer-client relationship has been established.